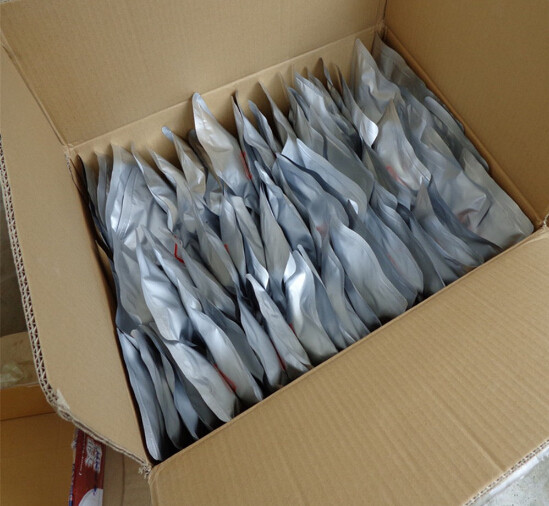 Testosterone Propionate- this is also one of the most popular testosterone esters around and has the shortest available ester chain available in an injectable testosterone product. We have previously stated that the ester chain of prop is three carbons long. The ester is taken from propionic acid, which is an acid that has the potential to irritate the injected muscle. Often prop is used for site injection due to the fact that it causes an intense localized swelling of the injection site in most users. The reason prop stings is due to the short ester chain. Generally, the shorter the ester, the more irritation to the muscle. For example, bee venom, is C1, prop is C3 (three carbon chain). Make sense right? The half-life of testosterone propionate is on the order of 48-72 hours, or two to three days. The disadvantage to using shorter chain esters is the need to inject more frequently and the general pain from the injections. Advantages include a quicker onset of action, and more immediate effects.

An interesting side note is that the smaller ester chains, weigh less. This is important because it brings another advantage of shorter chain ester drugs to the table. If the ester weighs less, the amount of testosterone per milliliter or cubic centimeter (cc, they are interchangeable) is more. For example, testosterone suspension is 100% testosterone as we have said previously. It has no ester. The short chain ester propionate, is roughly 74% testosterone. This means that if you take a typical 1cc shot of prop at 100mg/cc, this is actually 74mg of testosterone and 26 milligrams of ester weight. A larger ester such as enanthate, is roughly 55% testosterone. Twenty-eight (45%) percent of the gross weight of a given amount of Testosterone enanthate is the actual enanthate ester, not the active testosterone that you are searching for. So, a typical 200mg/cc shot of enanthate only contains 110mg of active testosterone. If you have ever used a shorter acting injectable anabolic, and gotten better results than using heavier dosages of longer acting drugs, this is the reason. You may have been getting more “active” drug into your system with what appeared to be less “overall” or gross mg dosage of drug.

Yet another factor to consider is that you have more drug interacting with receptors at a given time with shorter acting drugs. It is essential to understand drug half life if you are to get the most “bang for your buck” from anabolics. With respect to your health and longevity, this is also of paramount importance. Why take more, if less works just as well. As we will explore, sometimes, less works even better.

Testosterone enanthate- enth for short is one of the most readily available testosterones on the market. Even those without significant connections can usually find some enth. The half life of enth as many of my buddies call it, ranges in the literature between 4-7 days. For our purposes, it is fair to figure a little under a week's time. Testosterone enanthate is not known to cause extreme irritation at injection sites and is a good staple drug to build quality mass with if you are not overly susceptible to estrogenic affects. Testosterone enanthate is a good cheap drug that can fulfill the androgenic component of a cycle many times over. If you want a high and consistent blood level of testosterone and don't want to constantly poke yourself, testosterone enanthate is a quality choice. One poke every four to five days is a good frequency to maintain blood levels. Whatever amount you choose to do will be fine on this schedule, i.e. it will maintain the blood level well because you are taking another dosage before the hal-life has a chance to cut the blood level back down.

Keep in mind that using enanthate this way will cause a significant build up of testosterone in the bloodstream that will not cease to increase until four or five weeks of injections. This is due to the fact that taking a four hundred milligram injection, and another four days later, still has at least 200mg working from the previous dose. The third injection then adds another four hundred and the first is still not entirely used up. You may realistically have over a gram or so in the bloodstream before you know it. Just be careful, and keep this in mind when figuring out your dosages.

Testosterone Cypionate- testosterone cypionate or cyp is closely interchangeable with enanthate. They differ by one carbon chain length which does not significantly affect the duration of action of these drugs. Cypionate has one more carbon in the ester chain attachment than does enanthate, so technically, equal dosages of enanthate or cypionate will yield a slightly higher amount of testosterone from the enanthate ester.

There are many possible chemical combinations of testosterone. Scientists can do amazing things. The above esters are the most common drug esters used in our community of drug enhancement.

If you attach the enanthate ester to the 17th position (technically 17-beta position as scientists like to call it), you create the testosterone enanthate molecule/structure.

Don't worry about the details of all this. Just want to show you what enanthate looks like. Many muscle nerds actually dig this stuff. Check out the drug profiles section for the other testosterone esters such as propionate, cypionate, etc., and just be aware that the roof top position of the fourth ring (17th position) is where all the action takes place (where the esters are located as well as where the methyl group is placed to make anabolics orally active-we'll get to that)